The Bali bombing in 2002 caused the shocking deaths of 202 people, including 88 Australians. A further 209 were injured, many with disfiguring burns. But thanks to plastic surgeon Professor Fiona Wood, from the Royal Perth Hospital, a spray-on skin she invented saved many lives. RECELL continues to do so today around the world, thanks to its ongoing development and use by its owner, the ASX-listed company Avita Medical. But the story of its development and commercialisation is due in no small part to venture capital.

One of the drivers has been international healthcare investor BioScience Managers. Its managing partner and founder, Jeremy Curnock Cook, explains that news of the life-saving, spray-on skin initially led to a flurry of investors, largely from Perth, backing its commercial development. Despite all their good intentions, however, nothing much happened.

“The company took its business model to a variety of countries,” Jeremy explains. “It created subsidiaries in the UK, South Africa, the US. It also started to sign up, country-by-country, distributors for the product. But the key was, none of it had been properly developed. Neither the product itself, the training for doctors nor any clinical evaluations undertaken by a regulatory authority. That was perhaps the attraction that got us involved. It could not survive in that state.”

A couple of years before BioScience Managers committed any money, it was drawn by what Jeremy dubs “the simple fact that there had been 5,000 demonstrations of the technology without there ever being a formal clinical trial. Those demonstrations led managers and investors to think all they had to do was tell people about it and the market would follow.”

Avita’s current CEO, Mike Perry, was appointed a non-executive director in 2013 while still working at Novartis Pharmaceuticals in its cell and gene therapy unit. “As part of my analysis into the root cause of why the technology was not selling well, I requested to see the clinical trials. While there were a lot of case studies, over my years of experience in the sector I had never seen a product successfully penetrate the market and change physicians’ practice without having randomised controlled clinical trials and reimbursement in place.” Two trials, one in second degree (deep partial thickness) and a second in third degree (full thickness) burns in adults have now been conducted in the US, and approval was granted by the US Food and Drug Administration (FDA) in 2018. RECELL was launched in early 2019.

“Over my years of experience in the sector I had never seen a product successfully penetrate the market and change physicians’ practice without having randomised controlled clinical trials and reimbursement in place.” – Dr. Mike Perry

Jeremy said that BioScience Managers provided the first slug of venture capital seven years earlier knowing that changes were needed. “We had to reduce the footprint and create necessary support programs. You can’t just give the RECELL System to a surgeon and expect them to know what to do with it. You have to have major training programs. I’ve been through all sorts of trauma as an investment manager, but this was perhaps one of the most extreme.” Would he have accepted the challenge had he first known what the problems were? “Probably. The answer is yes. But we would have made changes quicker.”

Founding member of Avita Medical Fiona Wood has stuck by the company throughout. “That was critically important,” Jeremy says, “because we were managing a situation where there was a very strong public interest. Her support and encouragement were crucial at times. The founder drives the technology and the commitment to make something happen. Those who come in later are often helpful, but they may need to drop out to see things through.”

A complicating factor was Avita’s ASX listing. “It is so much more difficult when a company is listed,” he said. The need to move management along was conducted in a spotlight, while investors were asked to back a plan different to the one they had initially been sold.

“You need to capture the confidence of investors that the company may be going in a different direction.” – Jeremy Curnock Cook

Clinical development of the technology took priority once the new team took over. Mike says that a complete regulatory structure had to be devised along with a clinical program so that trials could be developed and implemented. “That focussed on the US, so we were working with the US FDA, and ensuring we had the right trial designs to reach a positive outcome even though we knew the product worked. Then, once the trials were underway, we had to hire a chief commercial officer to make sure we would be ahead of the game in getting our infrastructure ready for marketing and sales in the US. A big part of that involved training surgeons in the use of the product so it was prepared and applied appropriately and the aftercare was also attended to. This is especially important when applying spray on skin cells compared with grafting sheets of skins from the patient.”

The way the process works begins when a patient is referred to a burns centre. The US has approximately 136 of burn centers, and 300 burn surgeons. The patient is initially stabilised, their wounds are cleaned, dead tissue is removed and an assessment is made regarding the severity of the burns. The wounds are sprayed with RECELL, although for third degree burns widely meshed split thickness skin grafts are often required too. The spray contains a variety of innate nutrients or mediators which helps the cells regenerate and organize into normal skin. 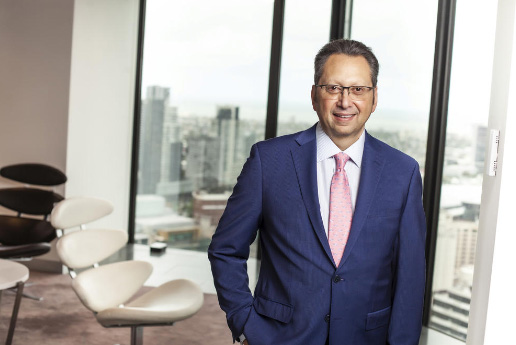 Next generation products are also being developed at Avita. Several trials are underway for its use in paediatrics, and for traumatic wounds like degloving injuries or those associated with motor vehicle accidents. “The process can restore natural skin colour and texture. One reason why these new uses are emerging harks back to when it was first applied to people in the early 2000s”, Mike says.

Jeremy remains on the board, despite BioScience Managers having sold its shareholding in Avita. “The story took longer than expected. But, when we finally got there by making it firmly public in the US market and in Australia, we felt the time had come for us to depart and return the funds to our investors. One of the most difficult decisions we have to make is the exit. Getting that timing right, and ensuring that it’s done when we have achieved what we were aiming to do. It’s certainly the best outcome we have had in the last five years. We have others bubbling along, but at the moment Avita is the star.”