back to Management Team 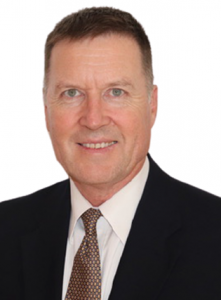 Dr. Graham Crooke has over 28 years of experience in the US, focused on biotechnology and medical device companies.

He has held senior roles in several leading US venture capital firms.

Dr. Crooke began his biomedical investment career in 1992 with the venture capital group of Dillon, Read & Co. Inc., a New York investment bank. After Dillon Read was acquired in 1997, he continued with Ticonderoga Capital, a firm formed to manage Dillon Read’s venture capital portfolio. In 2000, he moved to Asset Management Company, one of the oldest and most respected Silicon Valley venture capital firms, where he rebuilt a highly successful life sciences investment practice.

In 2009, he and two colleagues spun out from AMC to form Helix Ventures, a healthcare-focused venture capital firm. Once the Helix fund was fully invested, he moved back to Perth and returned to medical practice in 2013, while continuing to co-manage Helix Ventures.

Over his career, Dr. Crooke has helped manage the portfolios of seven venture capital partnerships with total committed capital of over $500 million. He has led over 40 investments in approximately 25 companies, and has been a director of numerous public and private companies. Successful investments include Insmed (“INSM”), BiPar Sciences (acquired by Sanofi-Aventis), Chimerix (“CMRX”) and Coherus BioSciences (“CHRS”).

Dr. Crooke graduated in 1983 with an MB.BS. degree from the University of Western Australia and then worked for three years as a junior doctor at teaching hospitals in Perth. He received his M.B.A. from the Stanford Graduate School of Business in 1988.